Section
271 Infringement of patent.
272 Temporary presence in the United States.
273 Defense to infringement based on prior commercial use.

(a) Except as otherwise provided in this title, whoever
without authority makes, uses, offers to sell, or sells any patented
invention, within the United States, or imports into the United
States any patented invention during the term of the patent
therefor, infringes the patent.

(b) Whoever actively induces infringement of a patent shall
be liable as an infringer.

(c) Whoever offers to sell or sells within the United States
or imports into the United States a component of a patented
machine, manufacture, combination, or composition, or a
material or apparatus for use in practicing a patented process,
constituting a material part of the invention, knowing the same
to be especially made or especially adapted for use in an
infringement of such patent, and not a staple article or
commodity of commerce suitable for substantial noninfringing
use, shall be liable as a contributory infringer.

(d) No patent owner otherwise entitled to relief for
infringement or contributory infringement of a patent shall be
denied relief or deemed guilty of misuse or illegal extension of
the patent right by reason of his having done one or more of the
following: (1) derived revenue from acts which if performed by
another without his consent would constitute contributory
infringement of the patent; (2) licensed or authorized another
to perform acts which if performed without his consent would
constitute contributory infringement of the patent; (3) sought to
enforce his patent rights against infringement or contributory
infringement; (4) refused to license or use any rights to the
patent; or (5) conditioned the license of any rights to the patent
or the sale of the patented product on the acquisition of a license
to rights in another patent or purchase of a separate product,
unless, in view of the circumstances, the patent owner has market
power in the relevant market for the patent or patented product
on which the license or sale is conditioned.

(e)(1) It shall not be an act of infringement to make,
use, offer to sell, or sell within the United States or import into
the United States a patented invention (other than a new animal
drug or veterinary biological product (as those terms are used
in the Federal Food, Drug, and Cosmetic Act and the Act of
March 4, 1913) which is primarily manufactured using
recombinant DNA, recombinant RNA, hybridoma technology,
or other processes involving site specific genetic manipulation
techniques) solely for uses reasonably related to the development
and submission of information under a Federal law which
regulates the manufacture, use, or sale of drugs or veterinary
biological products.

(2) It shall be an act of infringement to submit —
(A) an application under section 505(j) of the
Federal Food, Drug, and Cosmetic Act or described in section
505(b)(2) of such Act for a drug claimed in a patent or the use
of which is claimed in a patent,

(C)
(i) with respect to a patent that is identified in
the list of patents described in section 351(l)(3) of the Public
Health Service Act (including as provided under section
351(l)(7) of such Act), an application seeking approval of a
biological product, or
(ii) if the applicant for the application fails to
provide the application and information required under section
351(l)(2)(A) of such Act, an application seeking approval of a
biological product for a patent that could be identified pursuant
to section 351(l)(3)(A)(i) of such Act,
if the purpose of such submission is to obtain approval under
such Act to engage in the commercial manufacture, use, or sale
of a drug, veterinary biological product, or biological product
claimed in a patent or the use of which is claimed in a patent
before the expiration of such patent.
(3) In any action for patent infringement brought under
this section, no injunctive or other relief may be granted which
would prohibit the making, using, offering to sell, or selling 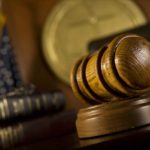 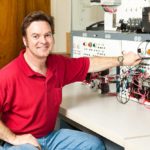